The Rise of China's Generation Z

The Millennial generation, those born between 1980 and 1994, was the first generation to come of age in the new millennium. While most people are familiar with this generation, commonly known as Gen Y, a new generation is already on the rise. Referred to as Gen Z or Z-lennials, this generation is expected to represent approximately 40% of China’s consumers by 2020, according to industry experts. Gen Z refers to those who were born between 1995 and 2009. They are believed to surpass Millennials as the largest generation with the potential for equal or more impact. For that reason, it is essential for both new and established brands to target this contemporary and savvy generation of consumers with a focused digital and social media marketing strategy. To do so, it is important to understand their unique characteristics and how they are different from Millennials.

While both generations consist of young, technology-oriented consumers, Gen Z has characteristics that are unique from those of Millennials. To start, this generation is more digital-savvy and relies on technology to communicate. Although Gen Z in China is like Millennials in that they are dependent on their smartphones for almost every aspect of their lives, they are more empowered by technology. They consider their devices as a means to be more engaged and to live more actively rather than just a source for immediate communication.

There are some common behaviors that can be found in Gen Z as shown below; 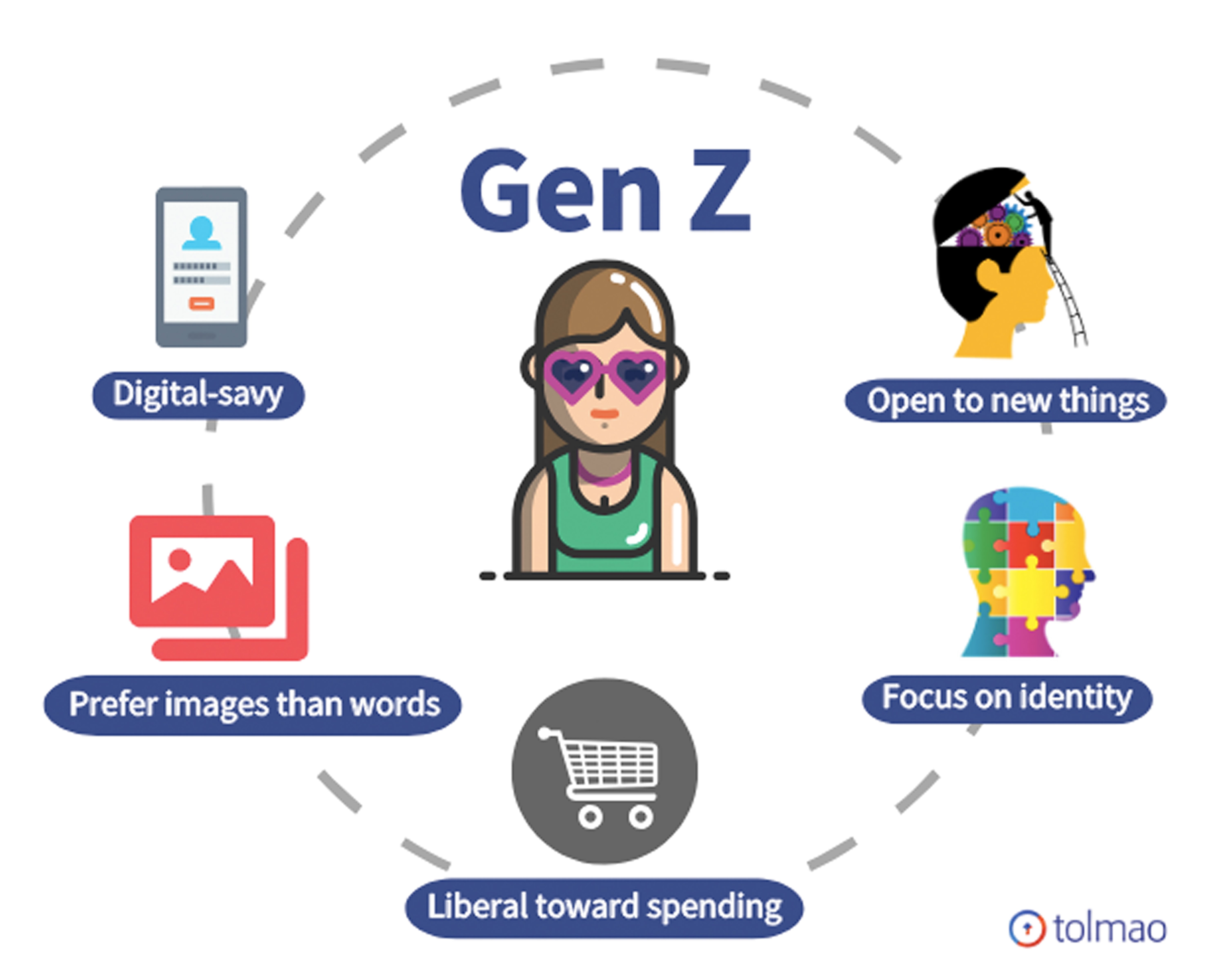 Preference of image rather than words

They use more devices and more visuals than Millennials. And, they opt for images rather than words. As a result, they often have more virtual friends and experiences through social networks than actual ones. The social medias they prefer are those with photos, videos and live streaming features, differently from the older generation that still prefers text-based social media.

Additionally, they claim to be an empowered generation, most likely because they grew up during a time that is less structured, easier, and filled with more comfortable. Gen Z is also more privileged than Millennials, benefiting from China’s economic growth and being accustomed to luxury. As a result, they have a more liberal attitude toward spending and higher expectations. According to an Accenture survey, more than one-third of Gen Z consumers said they wanted same-day delivery, while 27% said they expected delivery within half a day.  Their purchases are not only to meet basic needs, but to develop and share their distinct personalities. According to a survey conducted by global consulting firm OC&C Strategy Consultants, more than half of China’s Gen Z spent more than 50,000 yuan last year, compared to about one-third of Millennials.

Focus on uniqueness of their identity, but more open to new things

China’s Gen Z also has a greater sense of identity than prior generations, including Millennials, because they are the first Chinese generation to be born when the country was fully modernized and digitized. Furthermore, Gen Z has a unique concept of consumption that differs from Millennials. By being able to connect to the world without leaving their home and having a wealth of information at their fingertips from a young age, they are more open and agreeable to new things. Yet, with more disposable income they are more demanding and self-aware. 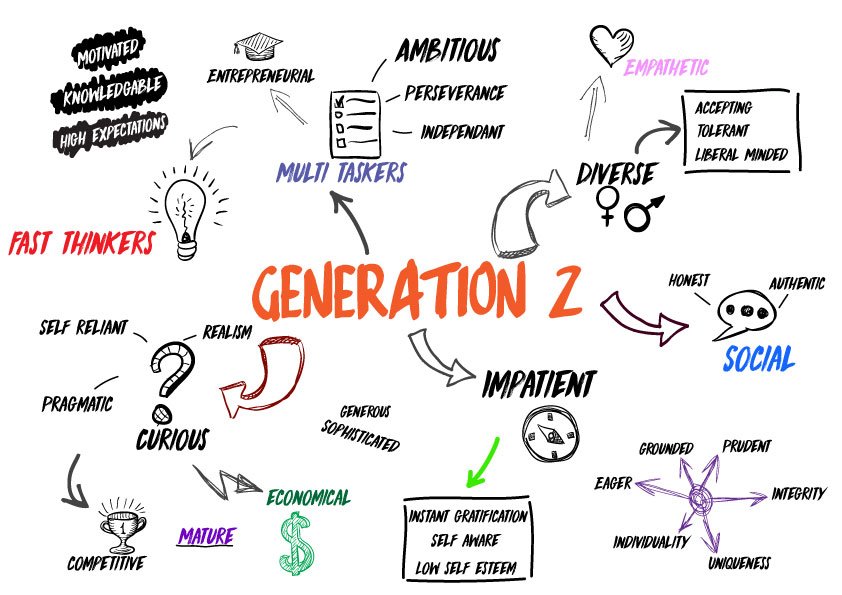 Marketing to Gen Z as Consumers

For brands, China’s Gen Z is a new audience and great opportunity for growth, even more so than the high-spending generation of Millennials. Now that they understand this generation, it is necessary to target them as consumers accordingly. Mobile is a must to establish brand significance, but social, online or offline, is just as important. The right platforms should also be used. Compared to Millennials, Gen Z is more enthusiastic about live online streaming and social media shopping. Unlike Gen Y, which focuses on WeChat, Weibo, and QQ space, Gen Z prefers social platforms like live broadcasts and videos, according to Accenture survey findings. The examples of social media which have the features of broadcating and live stream video, such as Meipai-Chinese instragram for video, Toutiao-information and entertainment platform and Douyin-short video broadcasting platform.

Importantly, brands need to share more information about the history of their products as well as their business, because Gen Z consumers are curious, research in-depth, and hold them to high standards. They are interested beyond just the value, use, and effectiveness of a product. In addition, this generation is less apt to follow trends, instead opting for brands that have a personal meaning to them.

Geography is another variable that needs to be considered when marketing to China’s Gen Z. For brands selling high-end products, the majority of potential Gen Z consumers will be in first-tier Chinese cities, such as Shanghai, Beijing, and Guangzhou, since disposable incomes in these cities is higher. Other brands seeking high sales volumes may want to target China’s second-tier and lower cities. To fully engage and leverage growing Generation Z in China, brands must understand their expectations and aspirations as well as share more to connect with this generation. China’s Gen Z consumers are digital-savvy and social media shopping-savvy. They are also smart and worldly with their own perspectives and have high expectations. While this might be one of the most important Chinese generations to pursue, their needs and preferences can change quickly. One of the keys to successfully marketing to Gen Z is continuously monitoring them, because this generation moves fast and will have less brand loyalty than Millennials.

To learn more about the Chinese marketing industry and read more articles like this visit tolmaogroup.com 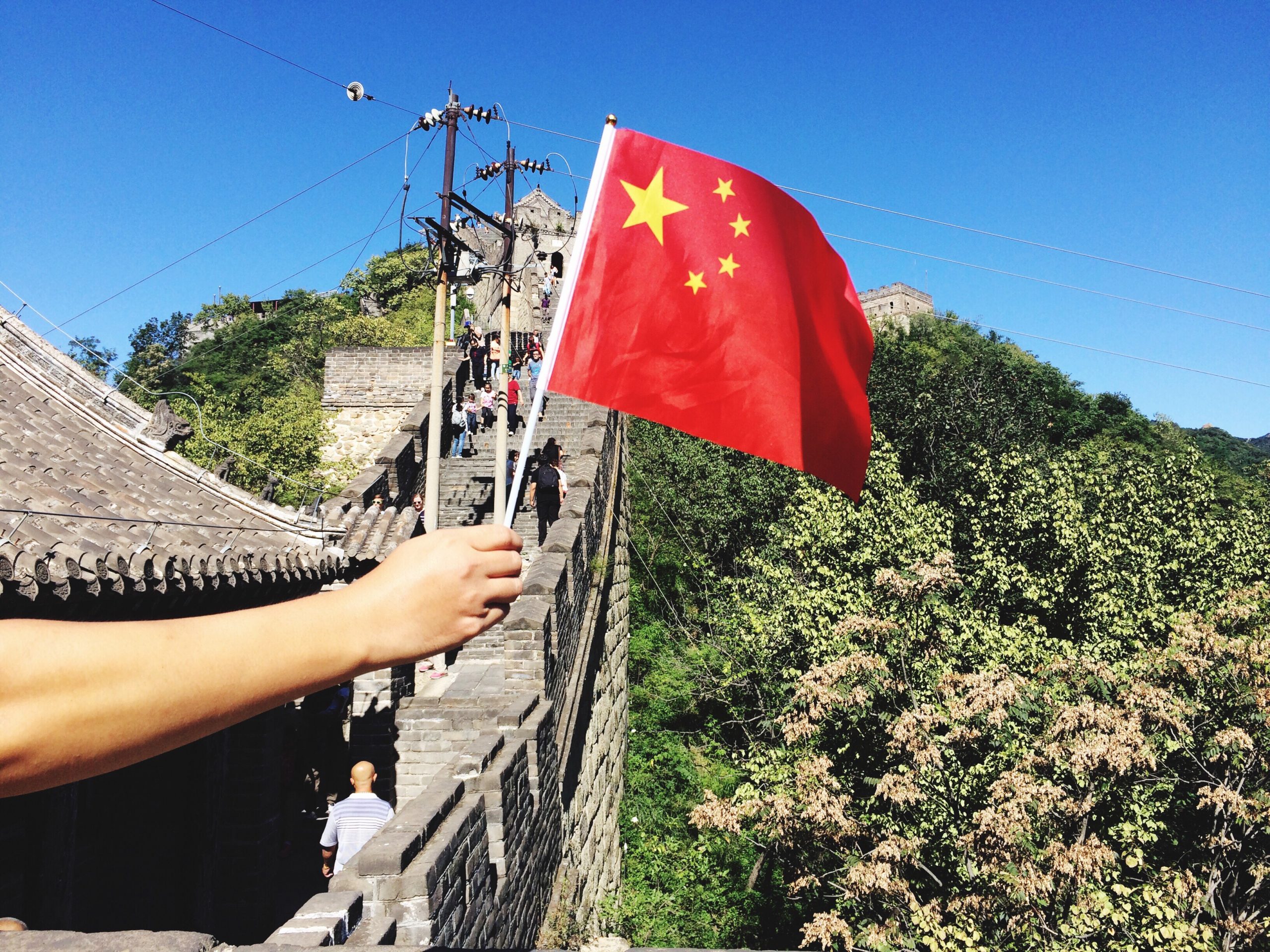